Carmen DeSousa Books
The Library (Where Life Checks Out) 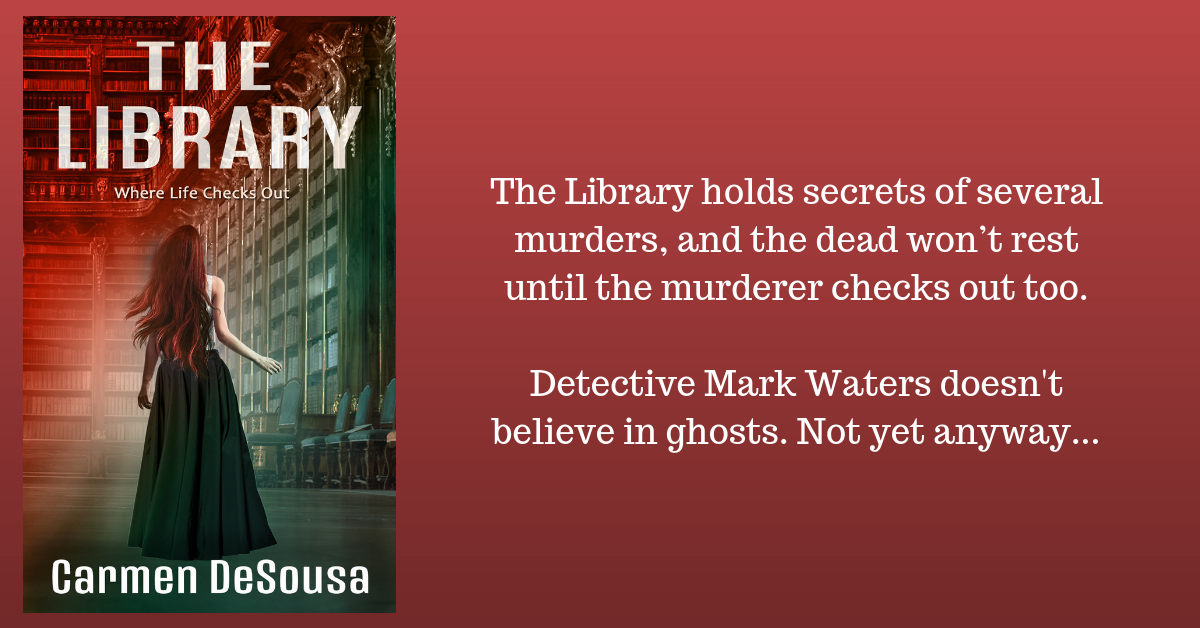 $0.99 at All Major Book Retailers for a Limited Time!
Hurry! Sale ends 7/31/20!
Full Description
In 1934, the body of a beautiful, but poor young woman was found alongside a riverbank near The Depot. Beaten to a pulp, only recognizable by a tattoo on her ankle, and yet, days after the discovery, the story all but disappears.

As he sifts through evidence of a supposed suicide by train, he learns a murder that took place eighty years ago may directly affect his case.

Six months after the strange occurrences at The Depot, there’s another murder. This time, The Library holds secrets of several murders, and the dead won’t rest until the murderer checks out too.
​
⭐⭐⭐⭐⭐ "The plot is intricate, while also being easy to follow... The paranormal aspect is well done. While not the central focus, the ghosts offer just enough to give Mark -- and readers -- something to think about." — TOP 100 REVIEWER VINE VOICE

⭐⭐⭐⭐⭐ "Based on a real life ghost story ... Carmen DeSousa unveils the mystery of the haunting with a compelling tale of murder, betrayal, and resolution. ... Great story. A leisurely read with lots of emotional content. -- Sandy Penny, Founder of SweetMysteryBooks.com"
Find links to all retailers on BookBub.com
Disclosure of Material Connection: This site is managed by Carmen DeSousa. Some of the links in the post above are “affiliate links.” This means if you click on the link and purchase the item, I will receive an affiliate commission. Regardless, I only recommend products or services I believe will add value to my readers. I am disclosing this in accordance with the Federal Trade Commission’s 16 CFR, Part 255: “Guides Concerning the Use of Endorsements and Testimonials in Advertising.”